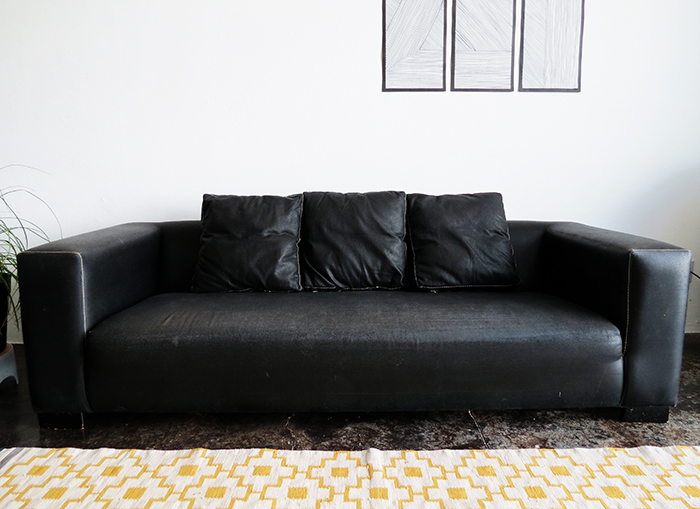 Our couch has a few year and even is the general shape still look good, the fabric is worn. Have a closer look and you will understand…

Not good, and you can’t even see the stains on the pics. So something had to be done. As we can’t afford a new couch right now, I went to Ikea and bought 5 yards of thick fabric.

The couch shape is quite simple, I cut a fabric piece for the seating part, and another one for the back. I pinned and sewed them together. I worked with the fabric wrong side out throughout the covering process. 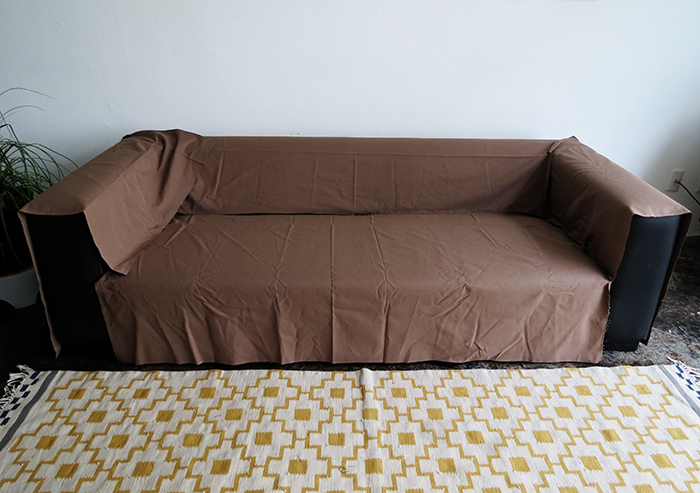 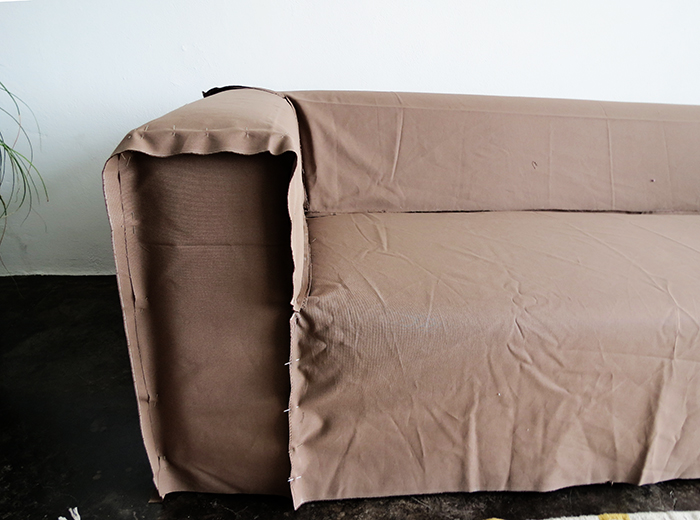 First pin and then sew. 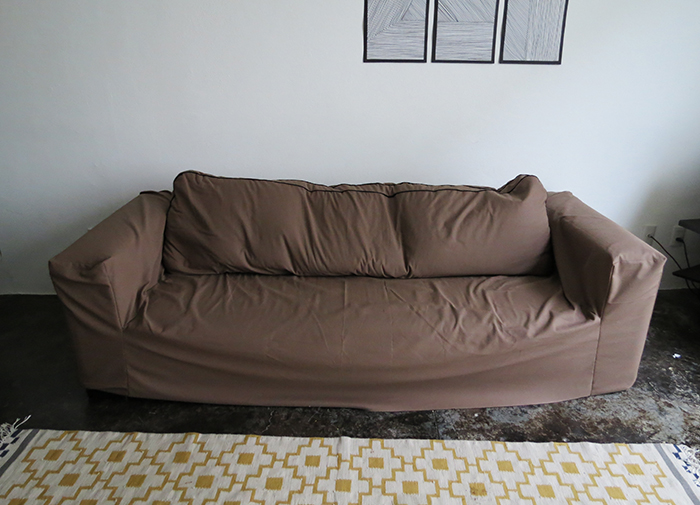 I didn’t want to have several cushions for the back. The kids always throw them away. I’m pretty sure they will keep doing the same with a big pillow, but at least I will only have one thing to pick up.
So I sewed a large back cushion, put everything in place….and wanted to cry!!! It looked worst than before! Damn.

First problem the cushion is too big. So I went to the fabric store to get some foam. I cut it and redo the pillow cover. I try again, but the back cushion was to high…aaaaarrrggg!!!! At this point I just wanted to give up.

So I took the foam out (again) and re-cut it. I adjust the cushion cover again (third time I was re-sewing this pillow) 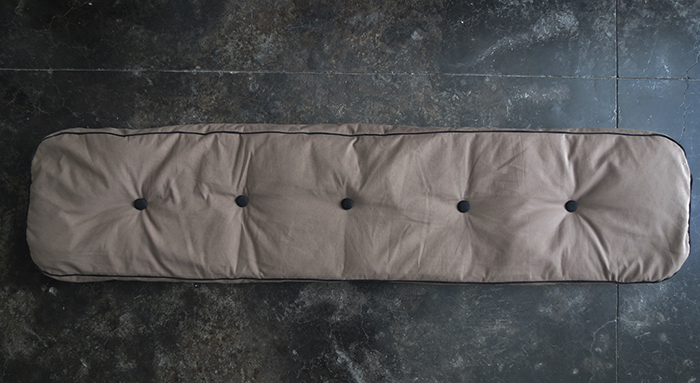 I didn’t took pictures of all the re-doing process, I was to busy trying to fix the all thing!!…Here is the final back cushion. So I put everything in place again. It looks nice…until you seat in the couch! The fabric cover didn’t stay in place, it moves and sags. So, I had a nice couch where no one can sit! At this point, I took off everything and put it away for a few weeks.

I though on putting some straps to fix the cover or to make a extra cushion for the seating area.

Before making another test I washed and dried the cover…and it shrunk…and now it fit perfectly!

I was lucky on this one!

Note for later: Make the cover perfectly adjusted to the couch dimensions. 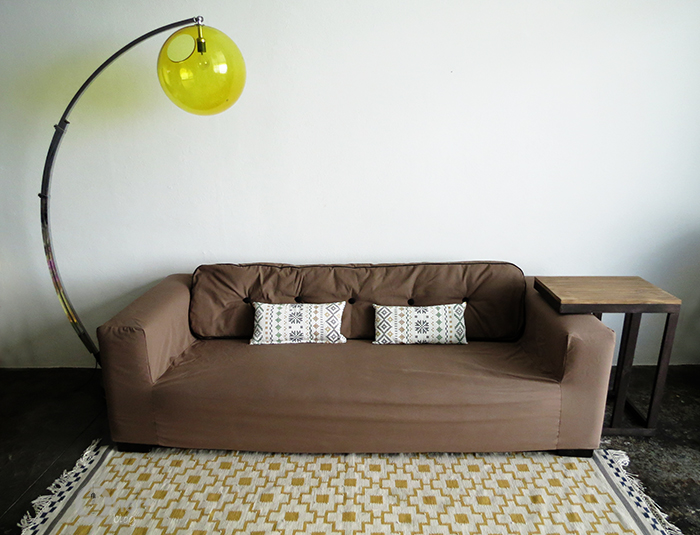 Happy with my almost new couch!! 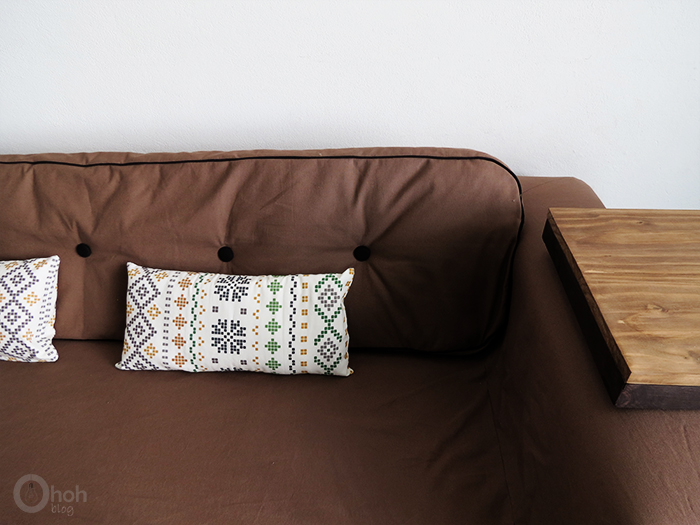 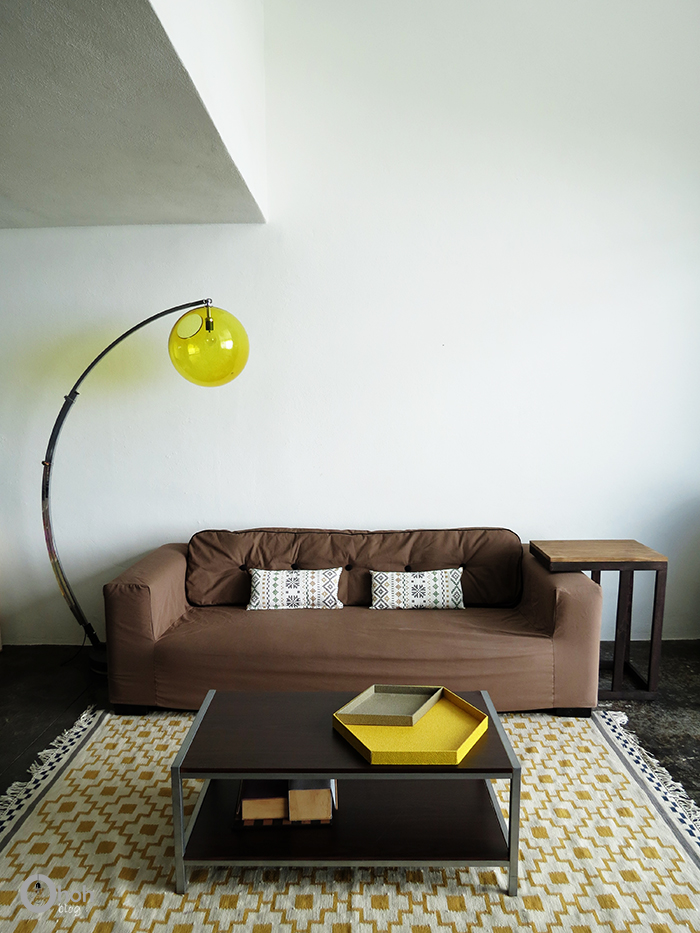 The hexagonal tray tutorial is HERE, and the DIY to make the wooden leather boxes is HERE (you can barely see them on this pic but they are pretty cool) 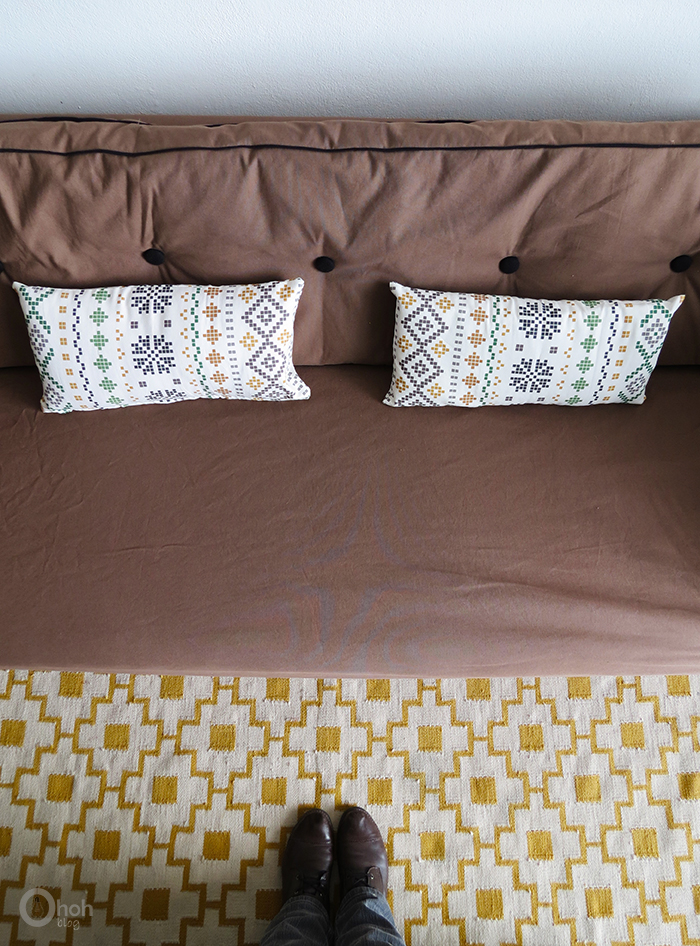 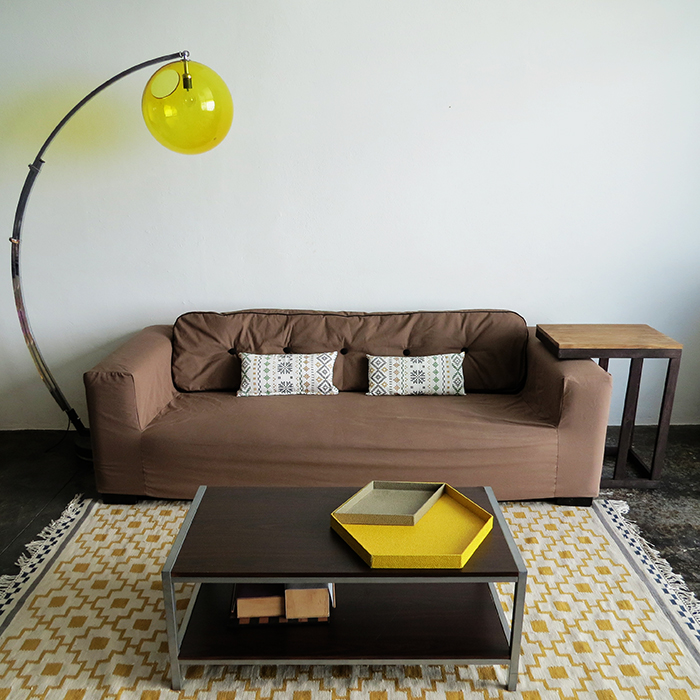 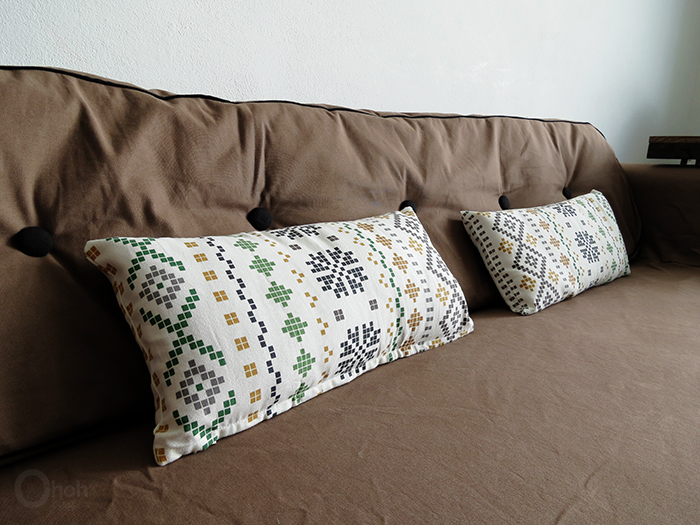 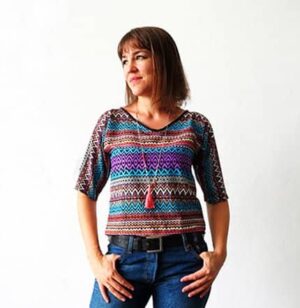